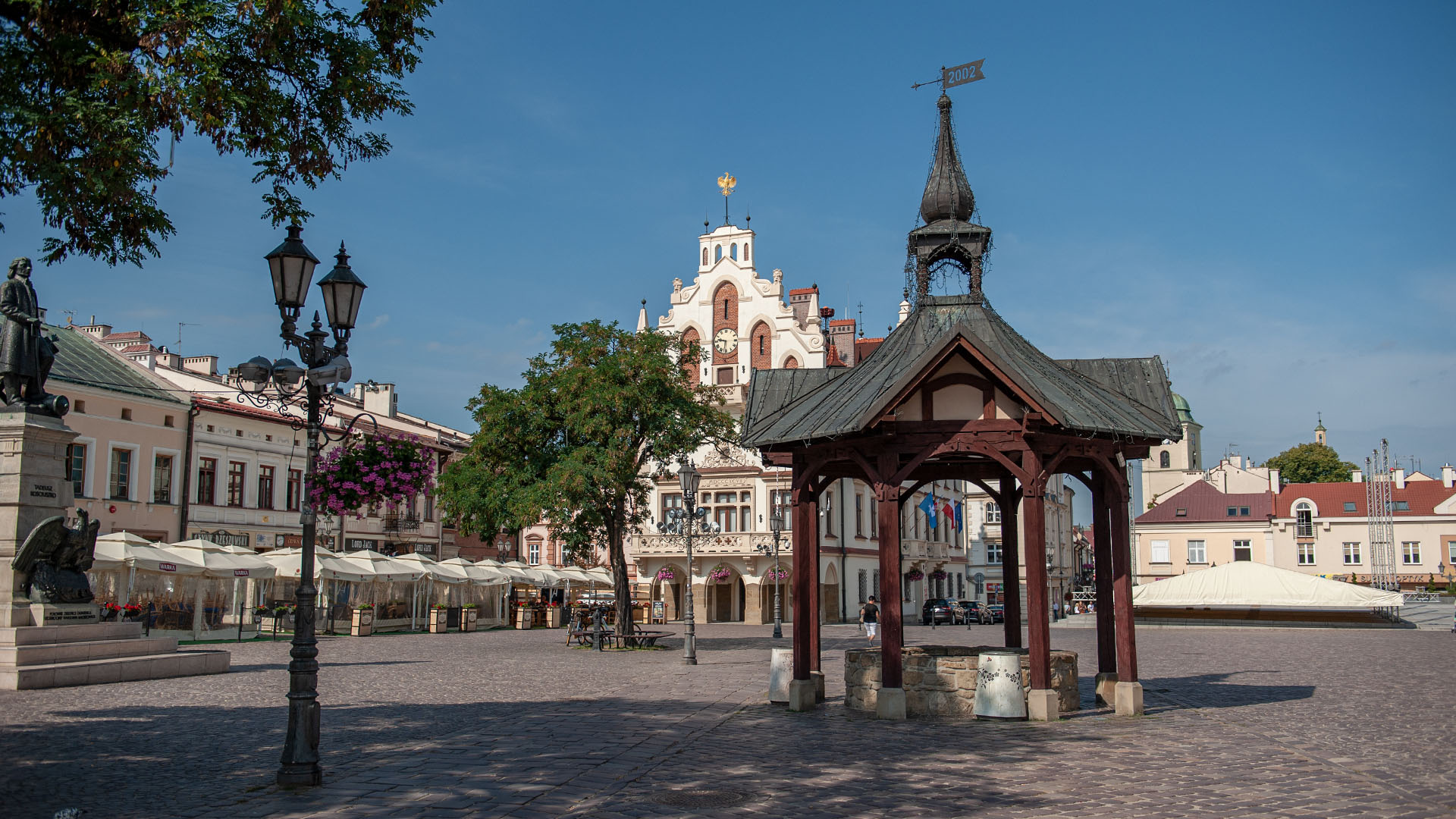 The Well on the Market Square

The well on the market square was probably built in the second half of the 16th century or in the 17th century. It was the source of drinking water for the citizens of Rzeszow. It was discovered by chance while modernisation works were conducted in 2001. Originally it was around 15 metres deep. Because of the well’s originality it was restored and opened for the tourists. Thanks to its location, it is now the place of gatherings for the citizens and a starting point for further escapades. The well is surrounded by the benches and it has a canopy which gives some shade to the weary passersby. Beautifully lighted at night, it is a permanent piece of the market square’s scenery.