We created a list of the most popular means of transportation which can be used to get to the city. More information you can find in the article below.

Rzeszow is an important hub because it is on the route of A4 highway and S19 expressway. The communication routes enable travelling to western Europe and to Slovakia and Ukraine.

The buses and vans which go to Rzeszow belong to carriers such as: Neobus, Flixbus, Barbara, PKS, Marcel, Galicja Express, Eurores, Luna Trans.

Rzeszow has a train station which is an important railway junction of southern-east Poland.

Thanks to a well developed infrastructure, there are many places to get to by train from Rzeszow. Everyday the Pendolino train goes to Warsaw, Gdansk, Gdynia or Cracow.

The building of the PKP Station - Main Rzeszow is located on the Station Square which is in the Midtown district. It was built in 1858. Despite the fact that it was destroyed twice and then modernised, it kept its historical shape.

From July of 2019 the tracks from the side of the building station are rebuilt. New shelters, benches, marking and information boards are planned. The elevators and moving staircase are in the project. 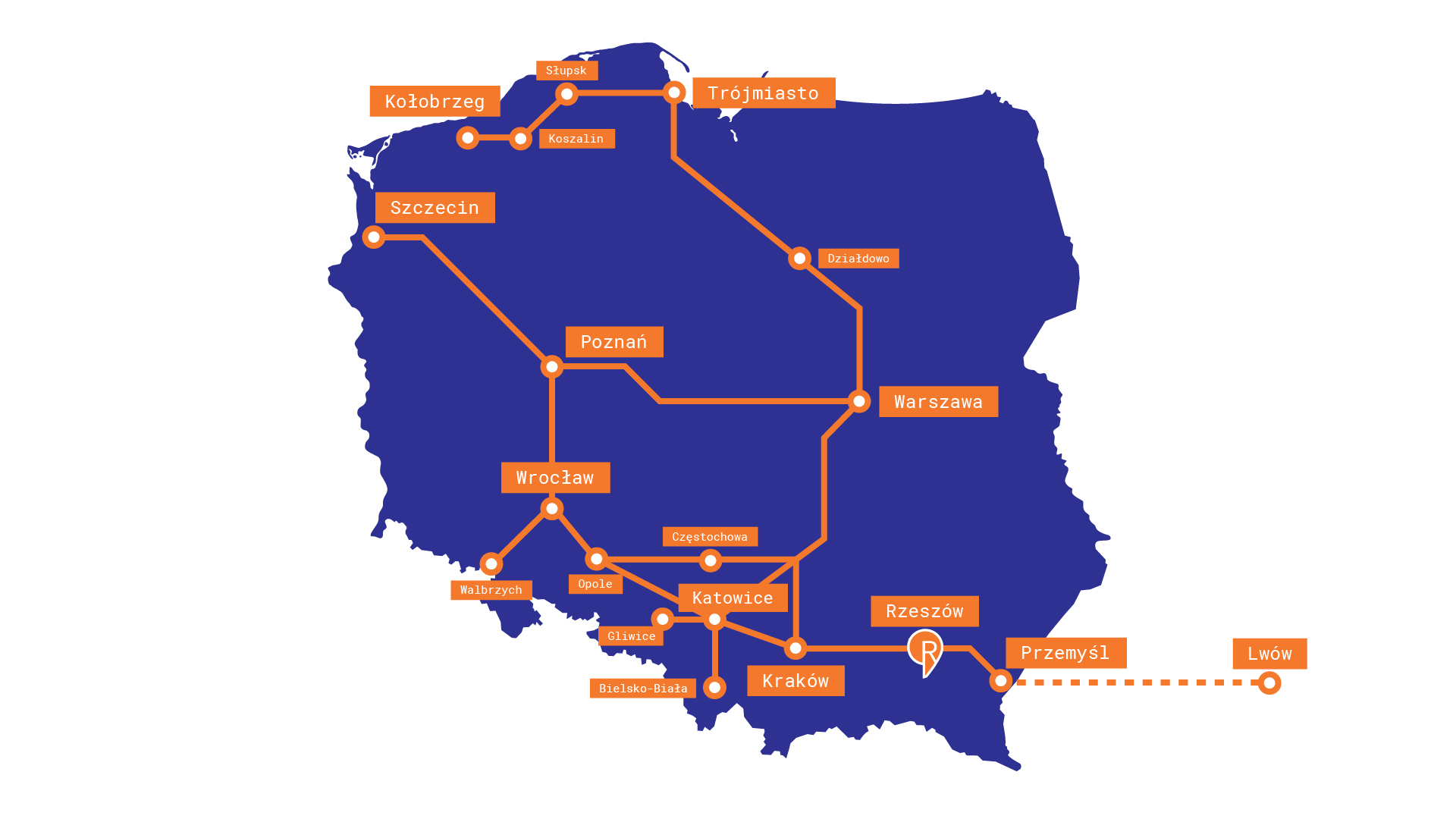 The fact that Rzeszow is on the route of A4 highway and S19 expressway makes it one of the main stops during the travel to western Europe, as well as to Ukraine and Slovakia.

In 2016 a paid parking zone was introduced in the city. It was divided into two subzones:
„the blue”
„the orange”

The payment for parking in the parking zone is charged on workdays, monday to friday from 9:00 am till 5:00 pm. 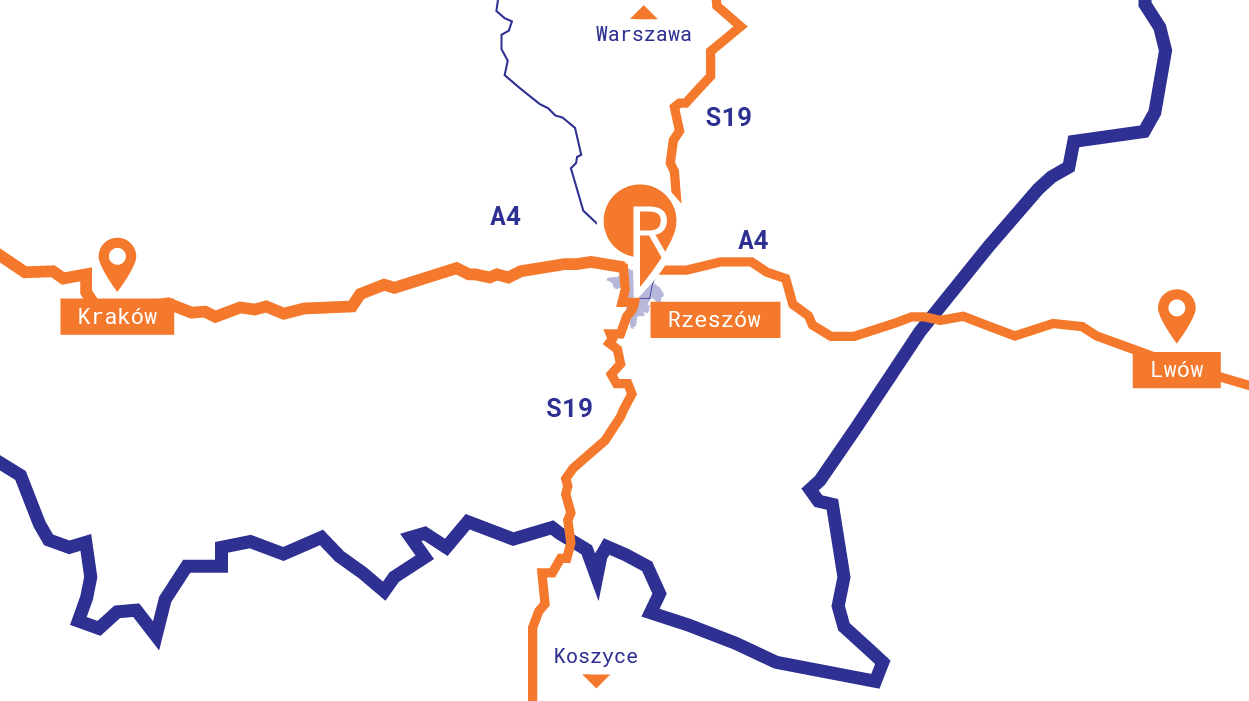 The beginnings of the Jasionka airport date back to Hitler’s occupation when a 1200 metre airport runway was built for military purposes. In 1974 the airport became an international aerial port and at the same time a spare airport for the Warsaw ‘Okęcie’ airport.

Rzeszow airport is one of the fastest growing aerial ports in Poland. Many important investments are executed there. Since 2012 a new bigger passenger terminal is in operation at the airport which each year serves more and more passengers and cargo transits to European countries and beyond the continent.

Transatlantic link to New York-Newark is restored. From June 7, planes will fly on Mondays at 5:40 pm.

Another summer air connection will be Burgas in Bulgaria. You'll be able to get to the city where the Adam Mickiewicz monument is located, on Wednesdays (6.00 pm) from 23 June. There will also be two air connections with Croatia. To the tourist town of Zadar - from June 19 (Saturday), at 5:20 pm. Another new launch will be a flight to Split (Rzeszów's partner city), which will be launched on June 27 (Sunday, 6:45 am).

The Monument of Adam Mickiewicz