Learn about the history of Rzeszow from the past

Are you interested in history? Or maybe you would like to find out more about the history of the biggest city in south-eastern Poland? If yes, read the interesting article below.

Rzeszow was a private city, which meant the owners controlled its functioning but the citizens, within the given German country, had judicial and administrative immunity.

In the years 1498 and 1502 the city’s growth was stopped by the invasion of the Tatar army. The buildings were being destroyed by fires after which everything was rebuilt from more sustainable materials.

In 1589 Zofia Rzeszowska married Mikołaj Spytek Ligęza. By doing this, she started the finest time in the development of Rzeszow. In their time the city’s stockades were built, the communicational system was remade and the construction of buildings like the castle and the Bernardine monastery was started. 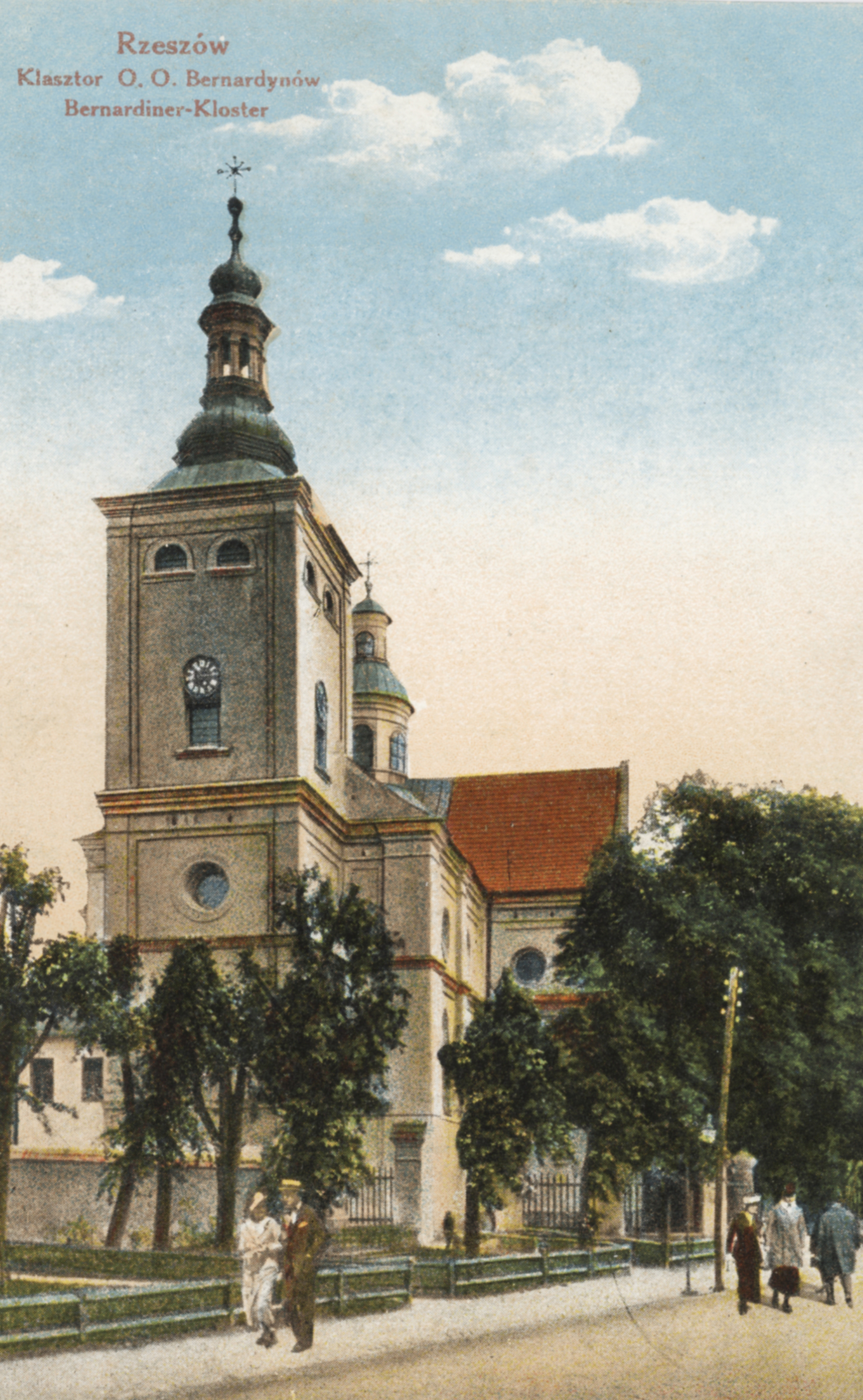 In the 17th century, Rzeszow went under administration of Jerzy Sebastian Lubomirski. It was the outcome of his marriage to Mikołaj’s daughter – Konstancja Ligęzianka. Rzeszow became the resident city of the Rzeszow line of the Lubomirski family. They created the centre of culture and art, which was significant in Poland. At the time the Piarist college was built; the fortifications and the castle were redeveloped; the monastery and the church of Reformati monks were built; the bell tower next to parish church, the new synagogue and the Summer Palace were reared up. 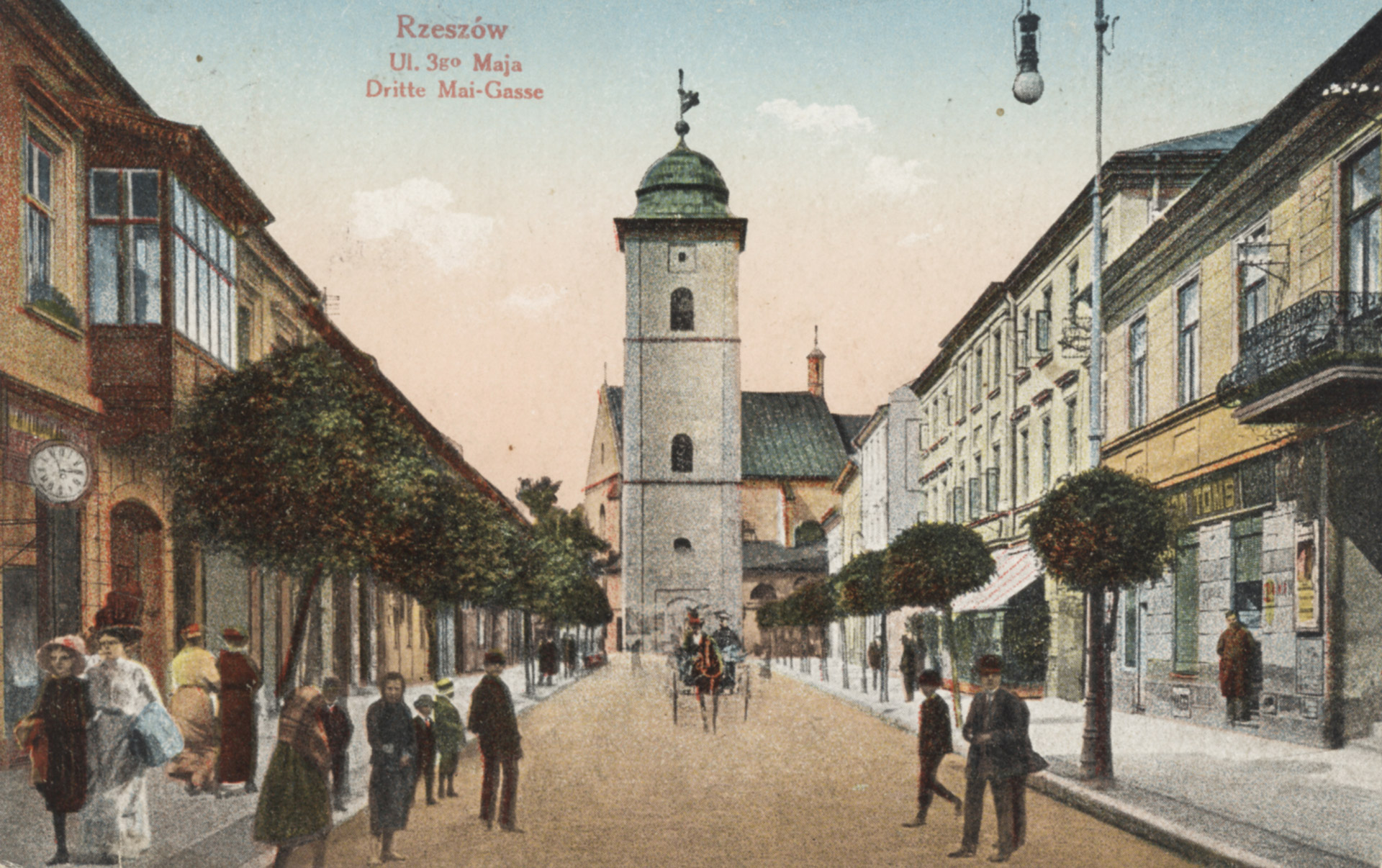 From 1768 till 1772 the city was a field of fights held during the Confederation of Bar. On 13th of August, 1769, confederate troops and Russian army fought at Powietna (currently Pobitno neighbourhood).

After the First Partition of Poland, Rzeszow went under Austrian administration. The Kingdom of Galicia and Lodomeria was created on the territory of Podkarpacie. The official language was German. In 1845, in June, Rzeszow became a free city by virtue of emperor Ferdinand the First’s decision.

In later years the railroad was built and the network of roads was extended. Rzeszow obtained railway connections with Cracow (1858), Lviv (1861), Sandomierz (1887), Jasło (1890) and Rozwadowo (1900). This created the possibility of reaching Germany, Austria, Czechia and Hungary. 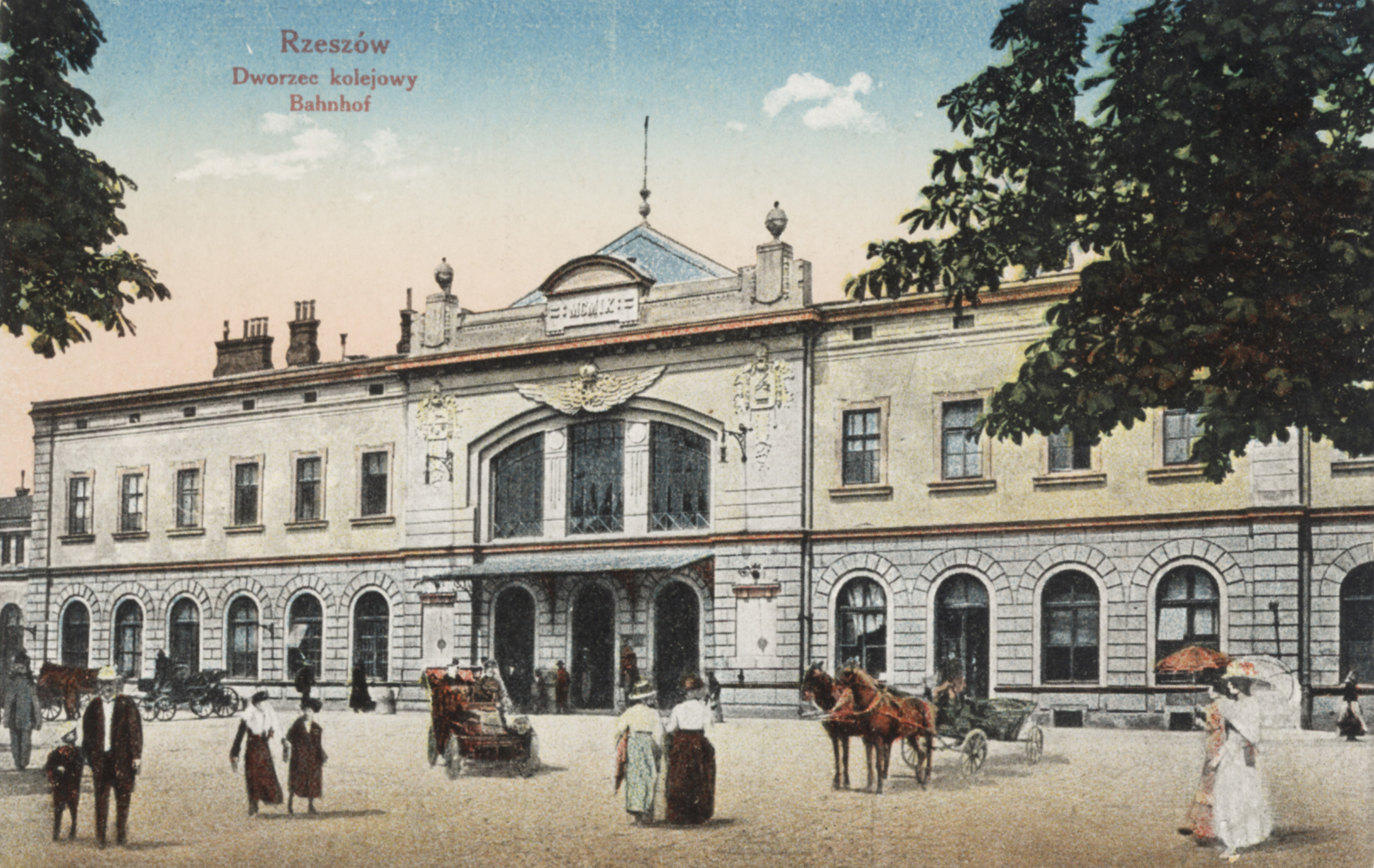 During the First World War, two times Rzeszow was taken by the Russian troops and emancipated by Austrian army. The end of the Austrian rule in Rzeszow was marked by the establishment of the Polish Liquidation Committee in Cracow. On the 1st of November, 1918, the city became free. Rzeszow municipal officials swore an oath of allegiance to the Polish country, which was received by mayor Krogulski.

In the years 1937-1939, the city became a crucial centre of the machine-building industry (when the Central Industrial District still existed). The State Aviation Works were created, later transformed into Communicational Equipment Manufactory PZL-Rzeszow (now Pratt & Whitney); also the subsidiary of the Cegielski’s factory was opened.

Under the guidance of president Niemierski, landscape planning works started. Construction of the Polish Post building on Moniuszki street was financed from the government funds. Also, the Common Hospital on Szopena street and the Social Insurance building complex on Hetmańska street were upbuilt.

On the 9th of September, 1939, German occupation began in Rzeszow. From the sunrise till the next day, the city was defended by the 10th Cavalry Brigade commanded by General Stanisław Maczek. The reality in the city in the years 1939-1945 was unstable and complicated (two opposing structures were dominating: the German administration and Polish Underground State). After the Red Army marched on Rzeszow, Tomasz Radwan was nominated as the commissioner by the City Commandant on behalf of Captain of Home Army, Adam Długosz.

After the Second World War, Rzeszow became the administrative and cultural centre of south-eastern Poland. Loss of the borderlands and Lviv contributed to that. In August of 1944, Rzeszow was established as the capital of Rzeszowskie voivodeship. In the second half of the ‘40s, the initial rebuilding of the city after the war was finished and in 1949 first housing, built in development, were given for use by the citizens. Two years later additional grounds were annexed to the city (the area was expanded from 8 square kilometres to 39 square kilometres). 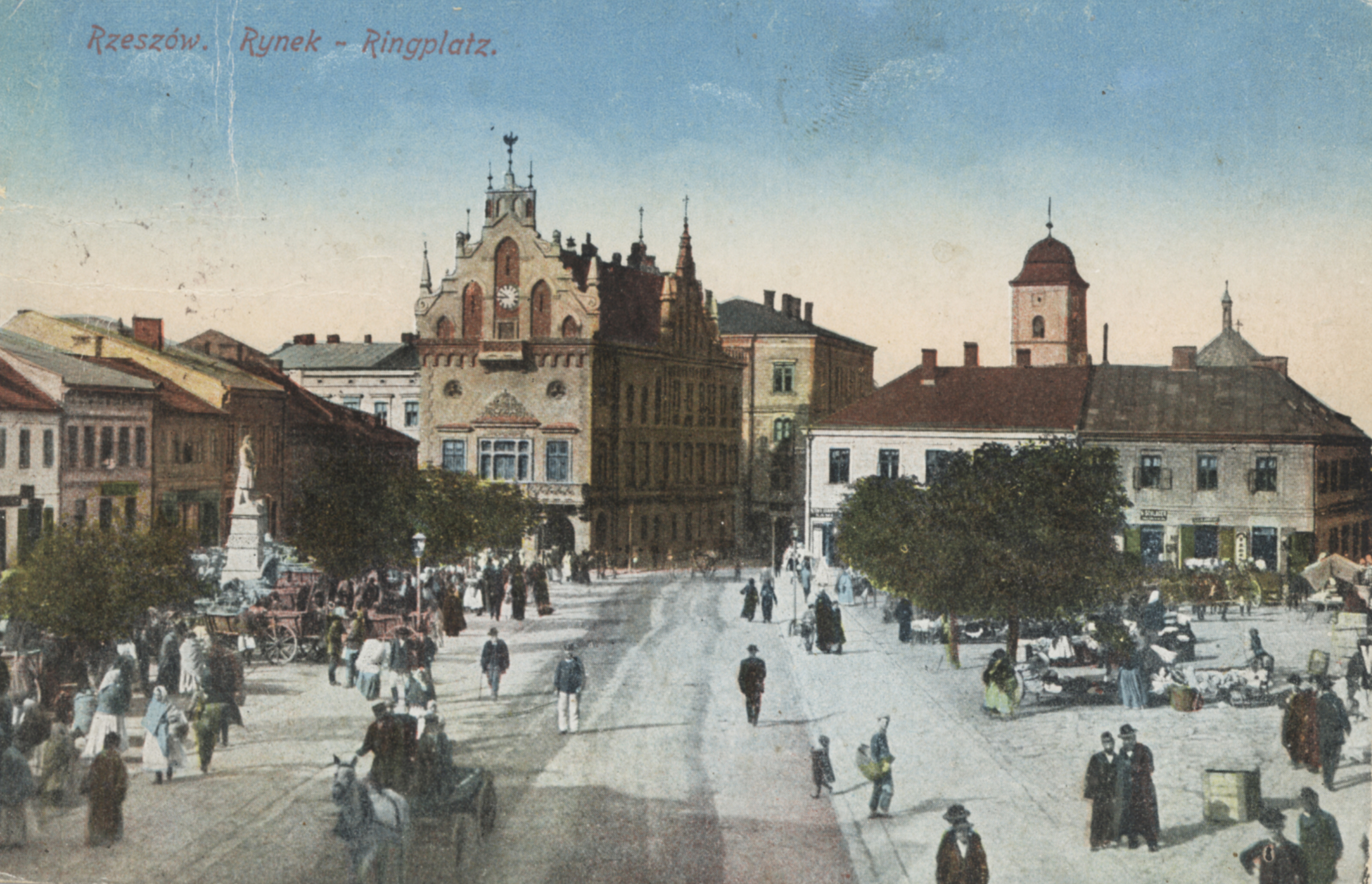 The water system was built in 1956. At that time also the gas grid, telephone network, sewer system and electric network were reinvented. In 1965 a new bus station was built. While the railway line between Cracow and Przemyśl underwent electrification, PKP Central Station was extended and modernised. On 21st of September, 1963, the first electric train entered Rzeszow.

Pre-war traditions of the aviation industry and the deployed COP programme shaped economic development of the city. In 1948, WSK-PZL workshops started the production of soviet aircraft engines, and on the site of the destroyed H. Cegielski’s Machine Tool Factory a new Wire Industry Workshop was opened, which in 1951 was upbuilt under the name The Rzeszow Factory of Economic Equipment (in 1952 it produced the first vacuum cleaner in Poland). Fifteen years later (in 1967) the factory was renamed to the Electromechanical Workshop of Rzeszow ‘Predom-Zelmer’.

In the ‘70s a lot of beneficial changes happened in the city but also the existing problems deepened, such as low retail trade or deficiencies in supplies (for example in groceries). It wasn’t the problem of only Rzeszow but the whole country, which was the reason for many strikes. In 1980, Rzeszow MPK (local traffic undertaking), PKS (local communication business) and WSK (motorbike factories) joined the ranks of strikers.

Interworks Founding Committee (MKZ) NSZZ ‘Solidarity’, with headquarters in WSK, was founded on 12th of September, 1980 (Antoni Kopaczewski became the leader). Until the end of 1980 in most industries in the city Solidarity’s structures were already operating.

From the 2nd of January till the 9th of February 1981, Rzeszow was talked about because of the sitdown strike that was going on for a year in the Railwayman Centre (the residence of former WRZZ), organised by the members of NSZZ ’Solidarity’ and ‘Solidarity’ of farmers, illegal at the time. It led to the signing of the Rzeszow-Ustrzyki agreements. At the time at all the universities in Rzeszow a battle was also fought (sitdown strike) to register an Independent Students’ Association.

The symbol of the ‘Solidarity’ era in Rzeszow from the years 1980-1981 was a prison shutdown, located at the Lubomirski castle. The significant moment in the development of Rzeszow was the last decade of the 20th century. It was the time of the economical and political evolution and, what is most important, the awareness of the people changed. 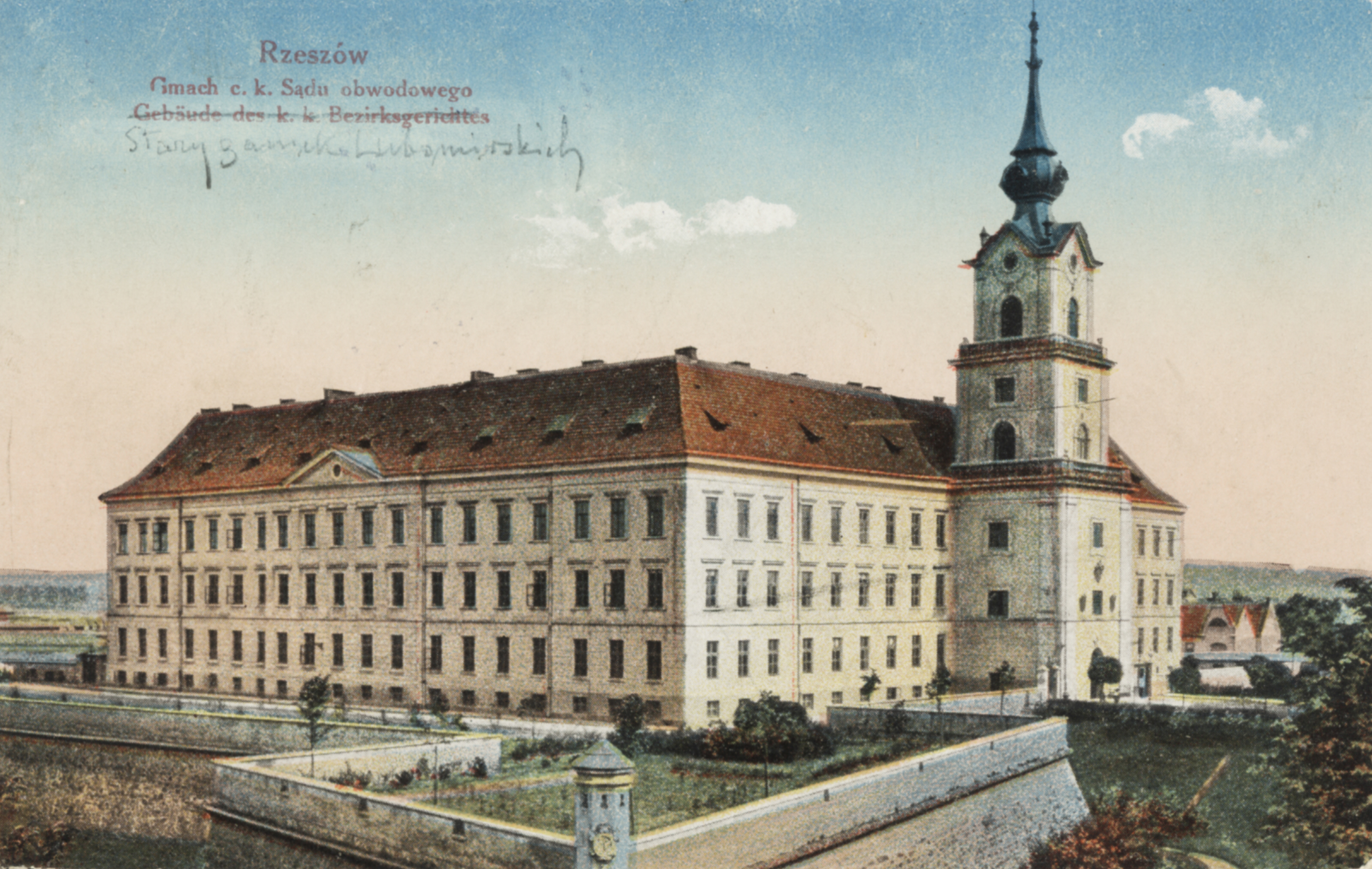 On the 2nd of June, 1991, Rzeszow was visited by the Holy Father, John Paul II, on one of his pilgrimages. On 25th of March, 1992, Rzeszow diocese was established. The city became its capital, and the church under the invocation of the Sacred Heart of Jesus was given the stature of the cathedral.

In 1992 the monument of Leopold Lis-Kula was restored. It was placed in its previous place. A year later, as the first in Poland, the monument of general Władysław Sikorski, associated with Rzeszow, was revealed.

Rzeszow has its own bugle call. It is played from the building of the City Hall, and its sound carries on through the whole market square. The bugle call was composed by the jazz artist – Tomasz Stańko.

On January 1, 1999, Rzeszów became the capital of the newly created Podkarpathian Voivodeship. In the years 2006–2008, due to the expansion of the borders to include Przybyszówka, Załęże and Słocina, the city increased its area to 91.54 km², and the population exceeded 170 thousand. If you want to know what Rzeszów looks like today, click HERE

The Monument of Cursed Soldiers